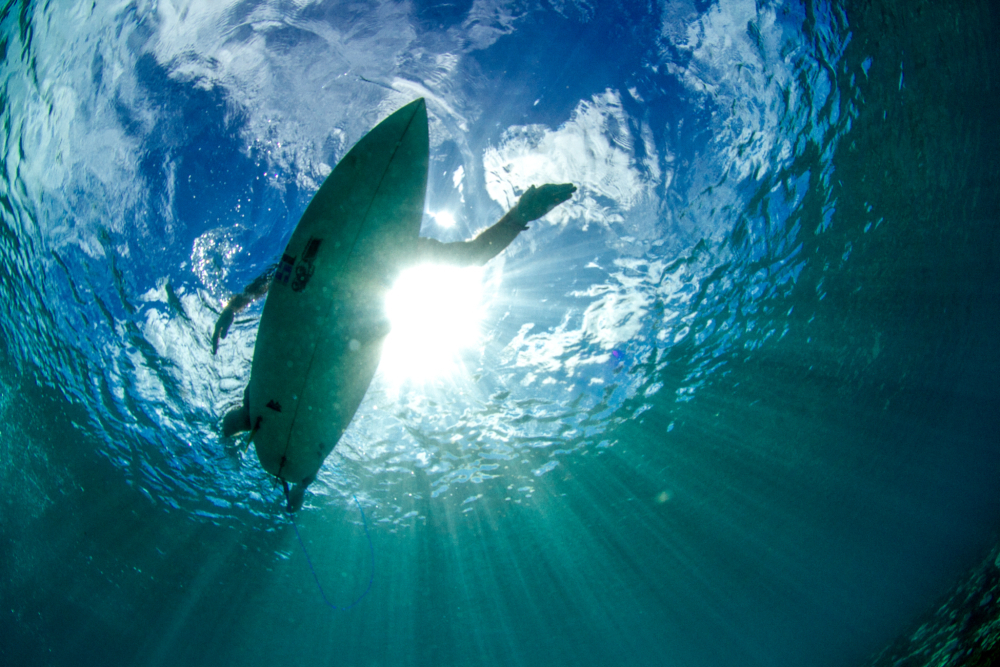 After high school, I attended Massachusetts Maritime Academy with the intention of getting a license and a degree in four years. However, after two years; I had a year off and during that time I took two surf trips to Costa Rica and decided to change my path and just get a Captain’s license ASAP, since I had already acquired the 720 days at sea I needed to take the test. By age 21 I got a 100GT Master’s ticket and had moved from my home on the East Coast to California. The waves in California didn’t live up to what I’d imagined growing up reading surf mags, or the waves I’d had in Costa Rica. I also wanted to rid myself of the necessity of a wetsuit. In early 2003 I wrote emails looking for work or unpaid experience to every surf charter I could find on the internet. Only a few people replied, saying they used local crew, or just plain “No,” but one person did reply and offered a tentative position on the boat they were building for the next season. He told me if I wanted to work in Indonesia I would need to learn the language, so I went out and bought cassette tapes. Yup, it was that long ago, and books on the culture, and of course the surf.

In July I arrived in Padang and through a series of chance encounters, landed a job on the surf charter boat “Strictly Business.” After two and a half years on the “Strictly Business” and more chance encounters, I was honored to have a guest ask me to look for “the perfect surf charter boat” to refit and operate. Some luck and seized oppurtunities lead me to find an ex-ferry boat that was beyond our wildest dreams and in our price-range. The former guest financed the boat and I refit what would become the “Addiction.” I have a biased opinion, but the “Addiction was and remains to be one of the sickest purpose-built surf charter boats in the world. I have led a total of more than 200 surf charters in the Mentawais and outer islands of Sumatra. I have searched the coasts of Java and Sumatra for surf by boat and even a bit via car (not recommended!). From G-Land to Aceh, I delivered over 1000 people, mostly return guests,  the “Perfect Surf Trip”, but in all those miles, and famous surf spots, my favorite spot was Thunders. It always has a barreling wave and it’s offshore all day and all night during the Southerlies we’ve experienced for most of the swell seasons since 2006.  During charters I would often base myself at Thunders waiting for swells to hit, and then surf the surrounding spots. Chance encounters and seized opportunities led me to acquire some land at Thunders, and for years I have labored to make the perfect surf resort I’m looking forward to delivering more guests the “Perfect Surf Trip” just like I have done in the past during many years on the boats.